This site was created for Emily Reith Photography as part of a site redesign, rebranding effort, and migration from the Wix platform. Our solution provides a custom-written and hosted application that is more powerful and flexible with respect to the client's needs. See below for more details. 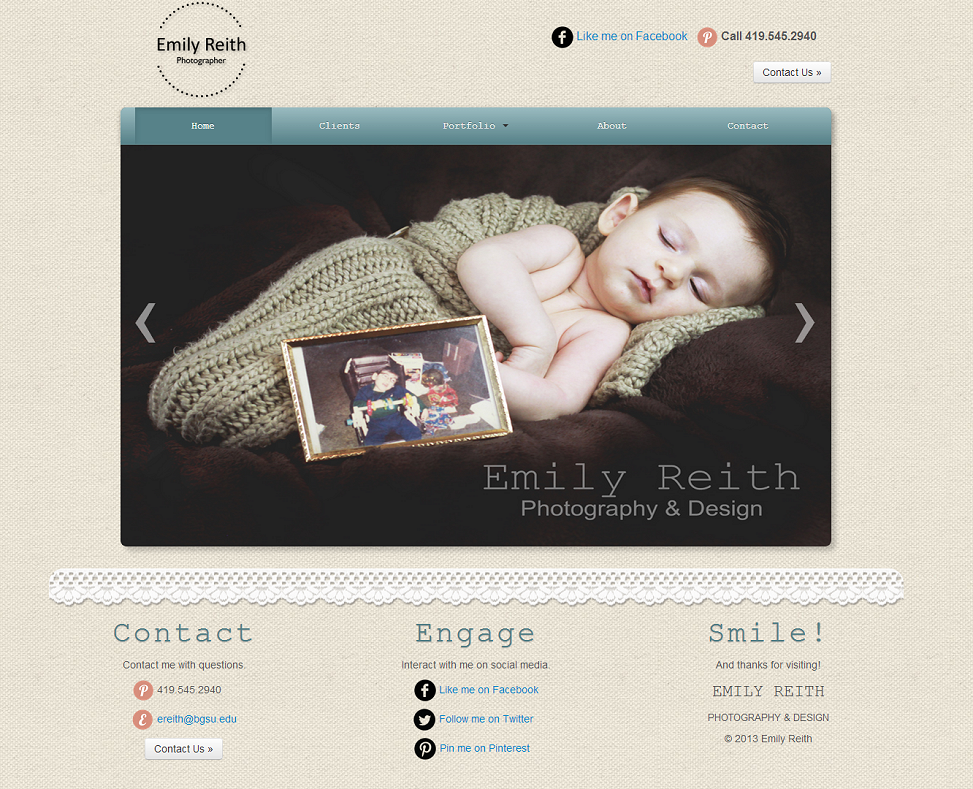 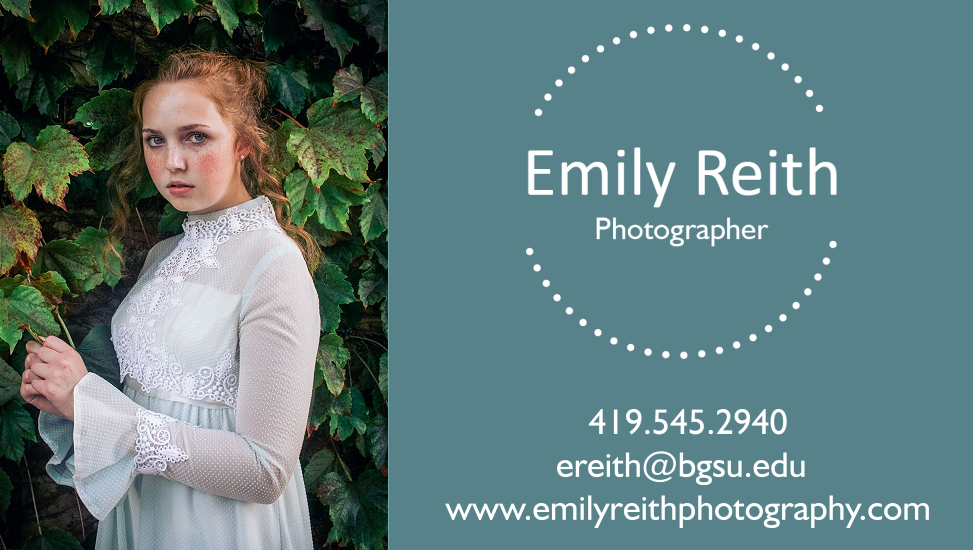 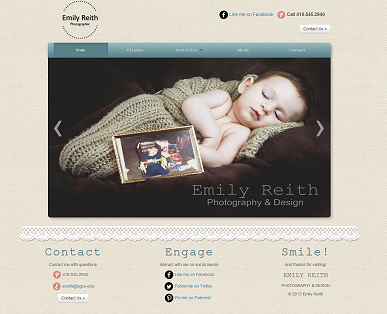 This site was created for Emily Reith Photography as part of a site redesign, rebranding effort, and migration from the Wix platform. Our solution provides a custom-written and hosted application that is more powerful and flexible with respect to the client's needs.

The site uses a custom templating engine written in PHP, including securable client galleries. It includes a responsive design that degrades gracefully for mobile devices (tablet and phone formats in landscape and portrait). 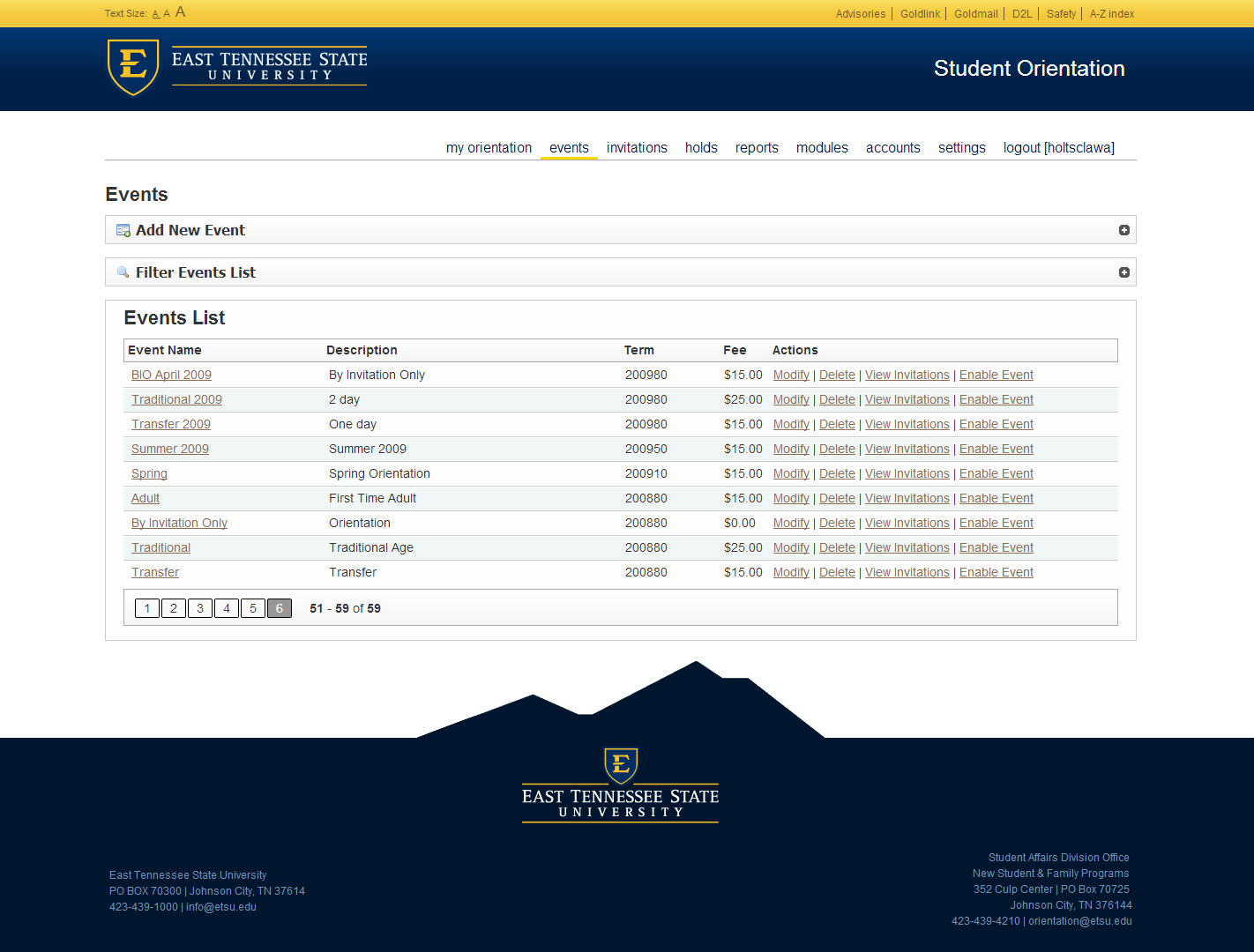 This site was created for East Tennessee State University as part of my employment as a Programmer/Analyst II within the Office of Information Technology.

The site was a rebuild and upgrade of the original ASP.Net Webforms Orientation system. The client department wanted expanded features that would have been difficult to add to the old system, and the older system was becoming generally difficult to maintain. The new system is built using ASP.Net MVC and the Entitiy Framework. The university had just undergone rebranding as the project was nearing completion. So, I was able to use a new responsive graphic template created by my co-workers in the final deliverable.

The system allows designated university staff to create orientation events with lots of customizable options. Staff may then add event dates for each event and invite students to the events. Students will be notified by email of the invitation and they may then login to the system and view pending invitations. Students may then choose an available date to create a reservation (including guest attendee registration) and pay/confirm the reservation within the site. Staff also have the ability to create content modules and quiz modules that they can require students to complete before creating a reservation. Staff have the ability execute various types of reports within the system, on individual students, or in aggregate for events or event dates. Staff also have the ability to clear Undergraduate Admissions or Orientation account holds from within the system. The system also contains an account management module and a general settings module among other functionality. 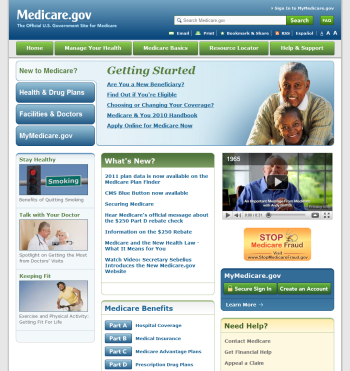 This site was created for Medicare.gov as part of my employment with CGI Federal in Lebanon Virginia. During my time there as a Technical Consultant, I worked on the Medicare.gov, MyMedicare.gov, and CMS.gov homepages as well as related applications using various technologies including classic ASP and ASP.Net.

These new sites were built using ASP.Net 2.0 Webforms - replacing existing sites built in classic ASP. The site designs were created by The Berndt Group and were guided by the Centers for Medicare and Medicaid Services. I worked on the homepage implementations with one other developer. 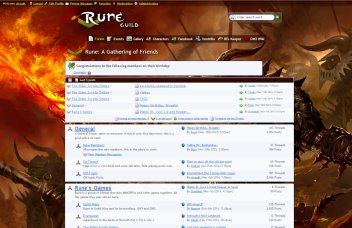 This is a redesign project for the Rune Guild website. This project uses the newest version of Woltlab Burning Board and several custom themes/skins and mods created for the new software.

This WordPress site was created for the ETSU Computer and Information Sciences Department to serve as a centralized location for eBook content for the Using Information Technology course that serves around 1200 students per semester. 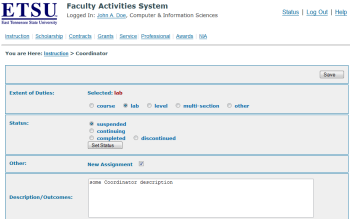 I spent 80 hours during the summer of 2008 researching the XForms standard and creating the initial prototype, finishing the initial Instruction category. Since then, I have worked with a growing team of individuals to expand that work into a full phase-0 prototype which consists of around 90 unique pages across 7 categories, all using complex XForms controls and a massive backing taxonomy that describes faculty activites for all colleges and departments at ETSU. 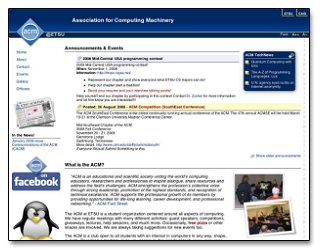 ACM at ETSU This website was created for the local Association for Computing Machinery chapter at East Tennessee State University. The chapter wanted a site where they could keep people informed of upcoming events and announcements. My solution provided an events tracking system with event registration as well as an image gallery generator and more. 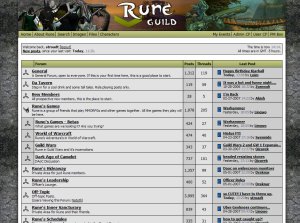 RuneGuild.Net This site was created for an online gaming community using Woltlab Burning Board and several custom scripts.

The site administrator wanted a way for the users of the gaming community to be able to easily view and organize community events. My solution provided a means of tracking events and a user-registration system for each event. Each user also has a custom "My Events" section that summarizes events for which they have registered.

I also provided an Image Gallery as well as a Character Tracker section. Each of the custom scripts were integrated into the Woltlab Burning Board user/group validation system. Header and collage graphics were also custom-created for the project.